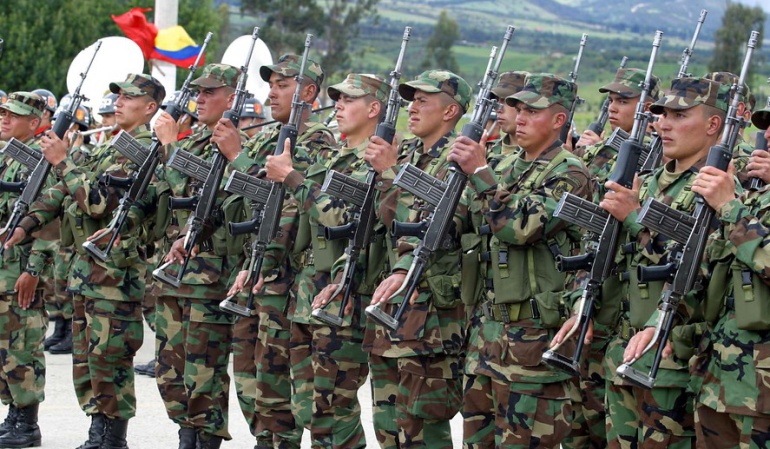 This Wednesday, the Senate approved a new law that provides more benefits and better pay for soldiers serving in Colombian’s armed forces.

The army commander, General Alberto Mejia, thanked the Congress for the approval of this initiative that “makes us stronger and gives power to the military service”

General Mejia affirmed that with this initiative, soldiers will have a reduction of time in service from 24 to 18 months and a boost to their pay.

The Army commander emphasized that approval of this project will also help to “break the back of corruption, especially people dealing in corruption, and we will finally end the mocking that the Colombian people have received over the past 24 years period. From now on we will be connected with our people. We have not come here to make money, we are here to serve our country.”

The general also revealed that more than one million Colombians did not file, or have been late to file, for mandatory military service when they turned 18. With this law, these people will have the opportunity to come forward and receive amnesty.

Military service is compulsory in Colombia, though one can pay a fee to avoid service.

Though the law has passed, it awaits signature on President Santos’ desk.