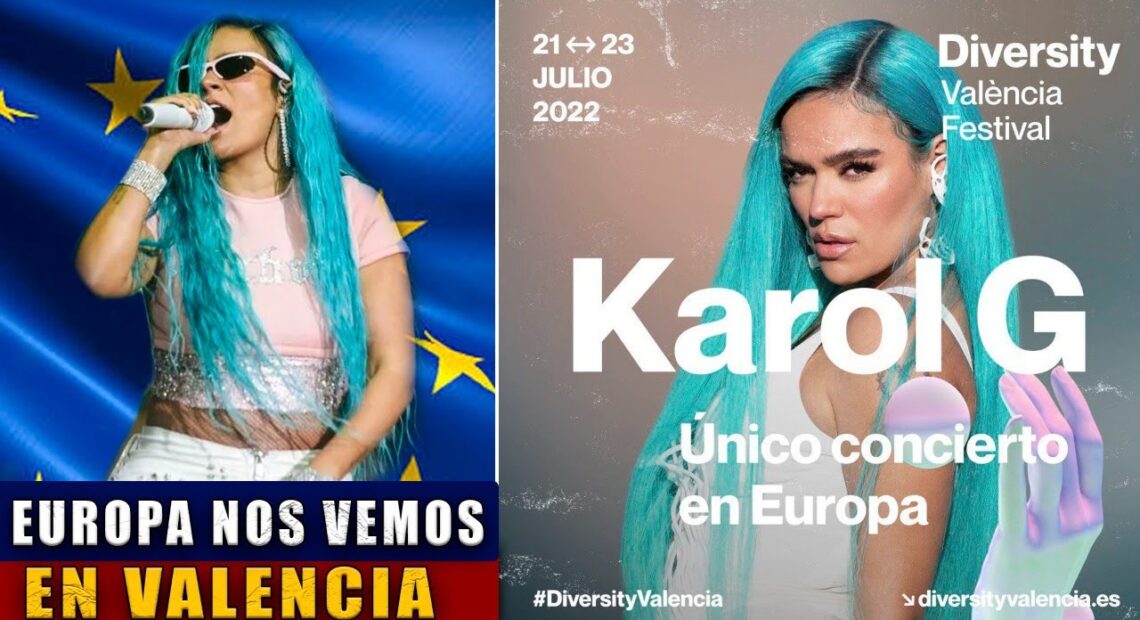 Karol G of Medellin has announced she will be performing at the Diversity València music festival this July 23rd. This will be her only show in Europe in 2022.

The music festival celebrates diversity and will take place from July 21 to 23 in the emblematic ‘Ciutat de les Arts y les Ciències’ in València. The organizers of the Festival say that Karol G’s career is representative of the inclusive values ​​of the international event.

Tickets for the Diversity València Festival can be purchased at: www.diversityvalencia.es.

Karol G is one of the world’s most iconic artists, with her most recent recognition has been the HEAT Latin Music Awards 2022 for Best Female Artist, an award that is chosen by popular vote.

‘Bichota’ “has become the best-selling female presence in the Latin music industry and also the most listened to on all platforms in the world.”

With her single, Karol G also surpassed her own record on the Billboard Hot Latin Songs list, which together with MAMIII, simultaneously occupied the first two positions of the same.

The Diversity València Festival will celebrate diversity from July 21 to 23 in the emblematic ‘Ciutat de les Arts y les Ciències’, and in addition to Karol G’s exclusive show in Europe, it will present two unique shows for Spain of international musical phenomena as powerful as H.E.R.