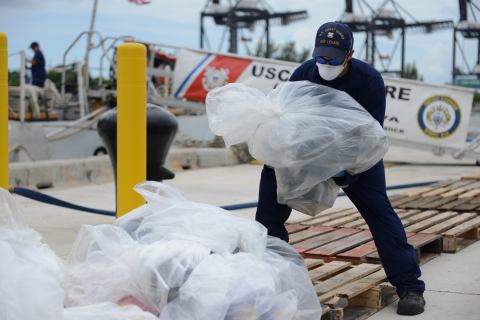 An attempt to link himself with a notorious Colombian paramilitary group could not save a suspected Ecuadorian drug lord from being extradited to the United States on Saturday.

Colombian prosecutors said that the man, Washington Prado Alava, was wanted by U.S. authorities for moving more than 250 tons of cocaine through Colombia and towards North American markets. Prado, who prosecutors referred to as the “Pablo Escobar of Ecuador,” was arrested last April on drug-related and was handed over to the U.S. in the company of 50 Colombian officials on Saturday.

Prado attempted to claim membership to the Revolutionary Armed Forces of Colombia (FARC) paramilitary group to receive amnesty. The amnesty deal stems from the Special Justice for Peace (JEP) program, which is part of Colombia’s ongoing peace deal with the FARC that has allowed for the controversial protection from prosecution of war crimes committed by the paramilitary group during Colombia’s five-decade civil war.

Colombian police said they suspect Prado managed a group that was sending out 10 boats per week filled with cocaine into the Pacific Ocean traveling towards the U.S.

Prado, who went by the alias “Gerard,” is also being investigated in Ecuador in relation to multiple murders there, according to the prosecutor’s office. The statement from prosecutors said Prado was known for having the capacity to dole out large bribes to avoid persecution.

“(Prado) is considered one of the biggest arrests in the past few years and had turned into a large target for U.S. authorities,” the prosecutors’ statement read.