Yesterday the mayor of Medellín, Federico Gutiérrez gave a public speech which quickly turned to the subject of former Secretary of Security of Medellín, Gustavo Villegas, arrested for collaborating and aiding criminal organizations such as “La Oficina de Envigado”. La Oficina is based in Envigado, a city on the outskirts of Medellín, and contains the remnants of Pablo Escobar’s criminal empire from the 1990’s. It still operates today on a smaller scale.

Gutiérrez discussed a letter sent from Oficina Envigado to the Colombian government, which proposed that he and Luis Pérez, Governor of Antioquia, conduct negotiations with them. Gutiérrez said, however, that he declined to participate in any discussions with the criminal outfit because he believed that only President Juan Manuel Santos could do so, and because he didn’t believe it was a good idea to negotiate with criminals, assassins and thieves. He said in his speech that the only course of action he could morally take was to pursue and prosecute these criminal groups, and to ensure that they would not be rewarded for their actions.

The speech comes as Colombia begins implementing a treaty with FARC guerrillas who terrorized the country for decades, killing tens of thousands of civilians and displacing more than 7 million.

In his speech, the mayor also alluded to a second letter sent by Oficina Envigado, which purportedly stated that the policies that he and Claudia Carrasquilla, a member of the Prosecutor’s Office, were advocating are causing harm to the peace that currently exists in the city.

Gutierrez has been on the defensive since the arrest of Villegas, who was hand picked for his administration.

Federico Gutiérrez later spoke with reporters. His press conference can be seen below, courtesy of Minuto30. 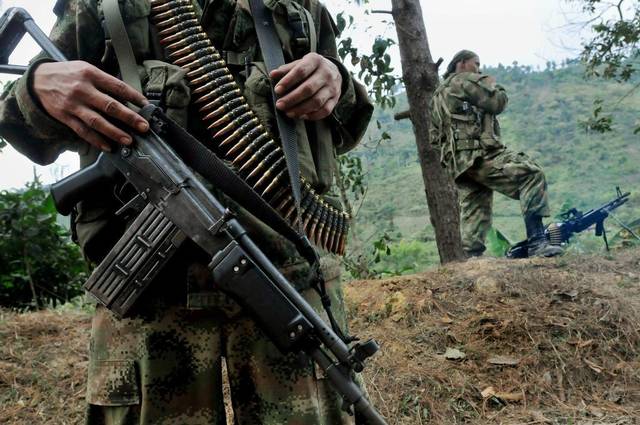 The power of the arsenal surrendered by the FARC