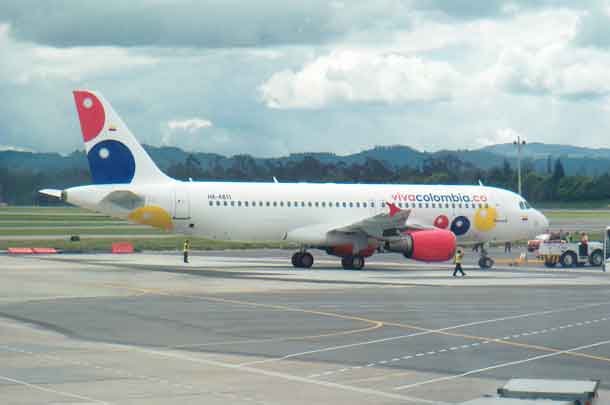 Viva Air seeks to be Latin America’s most innovative airline company as it launches the region’s first airline innovation lab, Viva Air Labs. Known for being a low-cost carrier, the company formerly known as Viva Colombia has developed a platform that will engage passengers, staff, innovators and entrepreneurs through a series of projects that will push the boundaries of what people typically associate with air travel interface.

Viva Air Labs director, Clyde Hutchinson, spoke to Colombia Focus about the motivation behind Labs. The interview has been edited for clarity and brevity.

This has been a really big growth year for Viva Air. You’ve added 50 new aircraft to your fleet. You’ve expanded routes to Lima, Santa Marta, and Miami. What would you attribute that to?

Latin America has been really underserved when it comes to cheap, reliable, and punctual air travel. And one of our core philosophies is how do we democratize travel and make it easier for anybody to travel. Particularly in Latin America, the Viva Air brand has a high level of brand recognition and we’ve been really focused on how to connect people from places like Bogotá and Medellín to other places inside of Colombia, but also to places like the United States and Peru, where people want to do business.

Talk to me about Viva Air Labs. Who came up with the idea?

Who comes up with the projects for Viva Air Labs team?

We have a few mechanisms: We take internal suggestions from team members, source feedback from users online, in addition to identifying problems and solutions through the partnerships we’ve formed. We’re also working with universities like EAFIT and Universidad de Los Andes to develop projects that would be of interest to students.

We find that using and analysing data is something that students are interested in. Because the airline industry has not typically been good with collecting and using data, we want to work with students to decide what kinds of data are important and what’s the best way to analyze and use it.

What is the timeline for the first Viva Labs project?

We’re ramping our activity up to release in the next quarter. The main areas that I’m interested in are payment, creating digital content, and an open-data project. But we are actually in the process of working on thirty active projects.

Thirty active projects? That’s a lot.  How big is the team behind Viva Air Labs?

It is a lot. But we do things efficiently and want to involve people within the company to be involved in leadership throughout the process. That said, our team is pretty lean. It’s me and my project leader; however, we rely heavily on the partnerships we’re making with startups and universities. We really operate like a startup and we’re always thinking about how to do this in a quick and efficient way. Being a small airline in Latin America has its benefits because we are able to be leaders in the project as opposed to some legacy airliners, that have over 500 people on one project.

One of the projects that Viva Air Labs is developing is a payment system through WhatsApp. What was the thinking behind that?

Well, that’s really a Latin American solution. We couldn’t deny the complete absorption of Whatsapp by people who want to communicate with businesses and their peers. So we decided to incorporate it as a solution.

What’s the demographic of people that you envision will use the Viva Labs interface?

We’ve already had a diverse group of people contact us: university students, government officials, employees from very established companies. We actually had one undergrad student from Colombia come up with a project. He always travels from Bucaramanga to Bogotá to visit his girlfriend and he proposed a project that we actually came up with internally. I wanted to have coffee with him just to meet him in-person.

You mentioned that you were really focused on partnerships. Can you give me an example of one?

I can’t tell you but I will say that the first partnership is a Latin American startup and we’re really excited about it. One question that we’re constantly asking is ‘how do we use our position as an airline to embrace startups?’ We want to take advantage of the innovation that’s going on in the places where we have flights. The more partnerships that we can develop, the better.

Last question—anyone that’s ever flown Viva understands their policy of requiring its passengers to print out their boarding pass before they get to the airport. As the director of Viva Air Labs, will you still have to print out your boarding pass?

Disclosure: This article includes a client of an ESPACIO portfolio company.