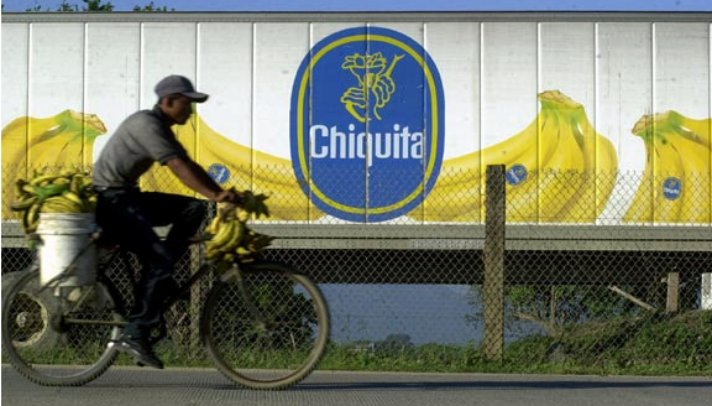 After six U.S. citizens were kidnapped and killed by Colombia’s Revolutionary Armed Forces (FARC) in the 1990s, the victims’ families blamed the banana giant Chiquita Brands International of giving monetary support to the leftist Colombian guerrilla group. On Monday, Chiquita agreed to out-of-court settlements with those families, the same day the case was scheduled to go to trial, according to a Voice of America (VOA) report.

The families alleged that Chiquita had direct ties to the FARC and that it funded its paramilitary operations with nearly a quarter of a million dollars throughout the course of a decade, according to the article.

This, they said, made Chiquita legally responsible for the deaths of five missionaries and one geologist who were murdered by the FARC decades ago.

“It has been a very lengthy journey for the families of the victims, and we hope this agreement can bring them some closure,”  Ramon Rasco, one of the families’ lawyers, said to VOA.

Terms of the agreement, including payments and conditions, were not made public. A Los Angeles Times report said the families were seeking “potentially tens of millions of dollars” from Chiquita.

Large banana firms like the United Fruit Company, the predecessor to Chiquita, have a long and sordid history in Latin American politics. The climax of Gabriel García Márquez’s novel “100 Years of Solitude” is famously based on the 1928 massacre of banana workers in Ciénaga, Colombia, where strikers requesting fairer labor conditions were killed by the country’s military.

The company’s apparent ties to the FARC have been the subject of debate for years as lawsuits have been brought against Chiquita from plaintiffs in the U.S. and other parts of the world. In 2007, Chiquita paid a $25 million fine after the U.S. Justice Department found that it had made consistent payments to the FARC as well as other prominent paramilitary groups like the right-winged United Self-Defense Forces of Colombia (AUC) and the leftist National Liberation Army (ELN).

Chiquita representatives have said over the years that they paid the FARC an estimated $32,000 per year to protect their employees from the paramilitary group. “We have been clear that, at all times, the company prioritized the safety of its employees and their families, and acted accordingly,” company spokespeople said in a January statement.

According to VOA, if the case had gone to trial Monday as scheduled, it would have been the first time the Anti-Terrorism Act was used against a U.S. corporation in trial, since the U.S. government still officially recognizes the FARC as a terrorist organization.

More than 54 individuals captured for extortion in the past week