Editor’s Note: This is the first of a three-part series about the challenges facing the Colombian Economy, authored by Michael Puscar. Puscar is a lifelong entrepreneur and the founder of GITP Ventures, an early stage investment group based in Medellin, Colombia.

Part 1: Trouble Lurk Ahead for the Colombian Economy

This week the Colombian peso fell to a one-year low at just under 3100 Colombian pesos to 1 US dollar. This represents a dramatic change from only four years ago, when $1 dollar bought only 1750 pesos.

Despite efforts by the national government to stimulate the services sector, Colombia’s economy is driven almost entirely by commodity exports, principally petroleum (34%), coal (14%), and coffee (7%). As oil is the country’s most important export in an export driven economy, the country is therefore vulnerable to changes both in price and production levels.

While the Colombian economy was booming from 2011 through 2015, falling oil prices have created an account deficit in the Andean nation. The dramatic change in prices, from over $100/barrel to less than $45/barrel, means less tax revenue for the country. Perhaps more importantly, lower prices also mean less investment in the oil sector.

Currency exchange rates are set by market demand. When oil was booming, investment flooded into the country, creating a demand for pesos and spiking the value. With investment falling, the peso has correspondingly fallen as well.

Lack of investment has additional consequences as well. Because Colombia has not invested in discovery and exploration in the oil sector, production has been falling. In the following chart, courtesy of tradeconomics.com, one can see that the trend line is pointing down for production since 2015. 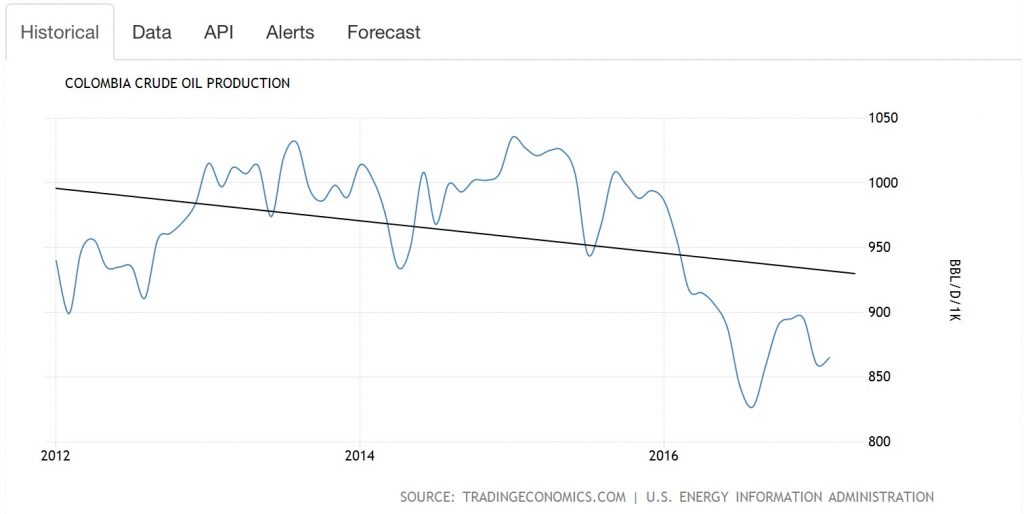 Oil production numbers have been falling year over year for nearly all of 2017, most recently falling to under 850,000 barrels per day. That is more than 10% less than a year ago. Even worse, the Office of the Comptroller General reported last month that within four years, Colombia will no longer produce enough petroleum to keep its own refineries occupied.

Even without the declining oil production, falling oil revenue has created a serious problem for the Colombian economy. The country’s budget deficit as a percentage of GDP reached its highest levels since 2004 in 2016, and seems poised to break that record in 2017. The deficit has forced the government to seek other forms of revenue, and in January the congress increased the IVA (VAT tax – a national sales tax on goods and services) from 16% to 19%. While tax increases offer a short term solution, they negatively affect foreign investment, small businesses and in the case of the IVA, disproportionally affect the poor.

Finally, if declining exports, declining revenue and an increasing budget deficit were not enough to create headwinds for the peso, the Banco de la Republica (Colombia’s Central Bank) has begun slashing interest rates. The interest rate cuts come at a time when the United States has begun to raise rates, with signals that more rate increases are forthcoming. 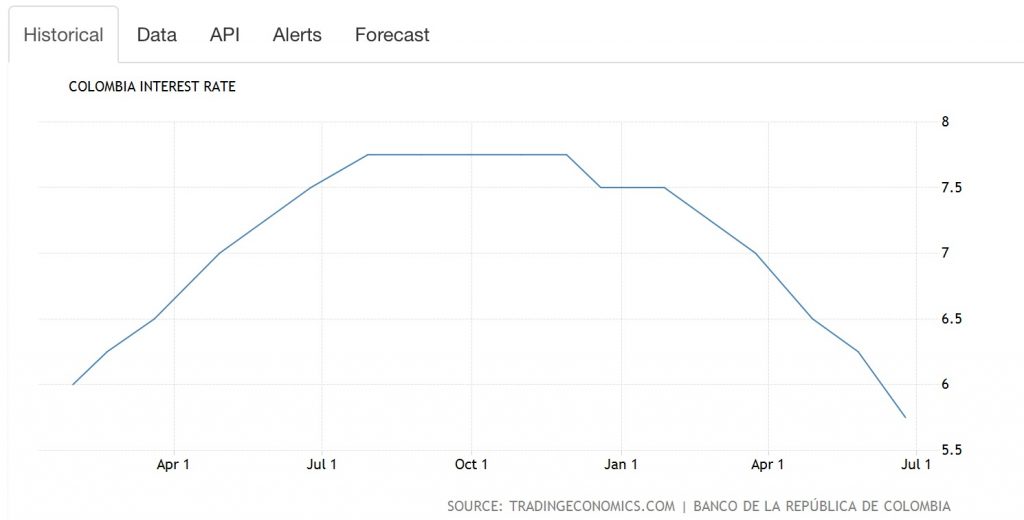 With higher taxes, lower interest rate returns, and a falling peso, foreign investment and demand for the Colombian peso will fall even further, creating a self-fulfilling prophecy that create significant downward pressure on the nation’s currency.

While a falling currency is sometimes considered a boon for exports, in this case the perils outweigh the benefits. Colombia is burdened by dollar-denominated debt, with debt equaling more than 45% of GDP. That means when the country’s currency falls, it becomes even more costly to make payments on its debt.

Next week, in the second installment of this three-part series, Puscar will discuss the core structural problems behind the crisis and how they could be addressed. 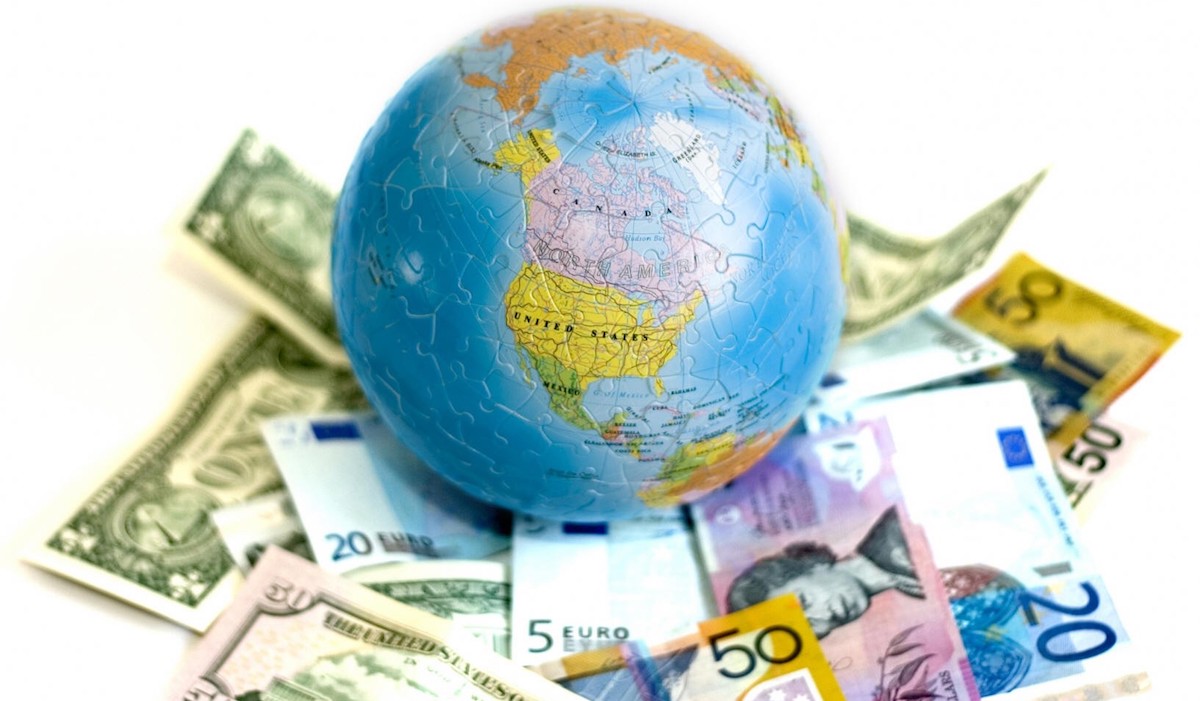 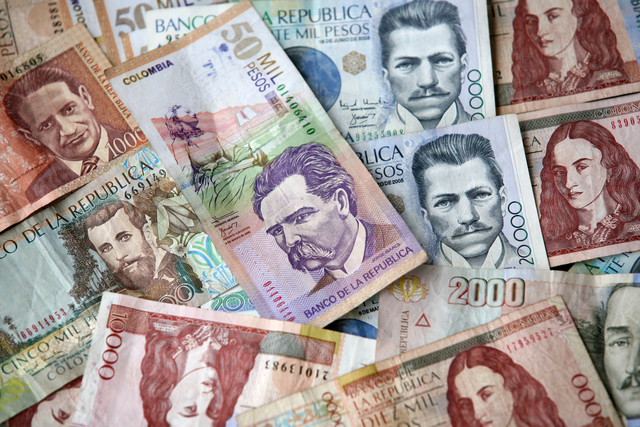