The woman who authorities have called “the biggest pimp in Cartagena” has been put in preventive prison after a local judge in the Colombian coastal city approved the suggestion of prosecutors on Thursday.

Liliana del Carmen Campos Puello, alias “Madame,” is being charged with recruiting and maintaining a network of international prostitutes, some of whom investigators say were as young as 14. Among other charges, she faces a charge of transnational human trafficking, which can translate to as many as 23 years in prison by Colombian law.

The judge said he considered the evidence against Campos to be sufficient enough to warrant an indefinite amount of time in pretrial detention while her case is investigated.

During her preventive detention hearing Thursday, Campos began screaming at the judge and was dismissed from the courtroom, according to Colombia’s W Radio. Her lawyers admitted that she was a prostitute and took a commission for the services of other prostitutes, but said that she never pimped out minors.

They added, per the Spanish-language news report, that Campos has been the victim of abuse at the hands of guards ever since her arrest a few days ago, adding that guards tried to touch her while she bathed.

The Prosecutor’s Office has an extensive list of evidence compiled against the defendant, who is facing decades in prison as part of a network of people who prosecutors say lured in young women from Colombia and Venezuela to take part in an international prostitution ring.

In Colombia, like many Latin American countries, procuring is illegal while prostitution remains legal. 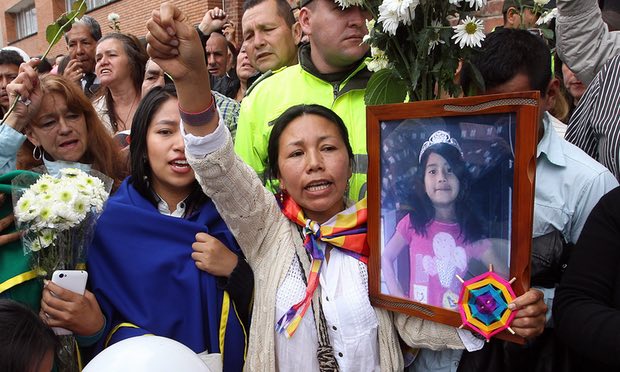