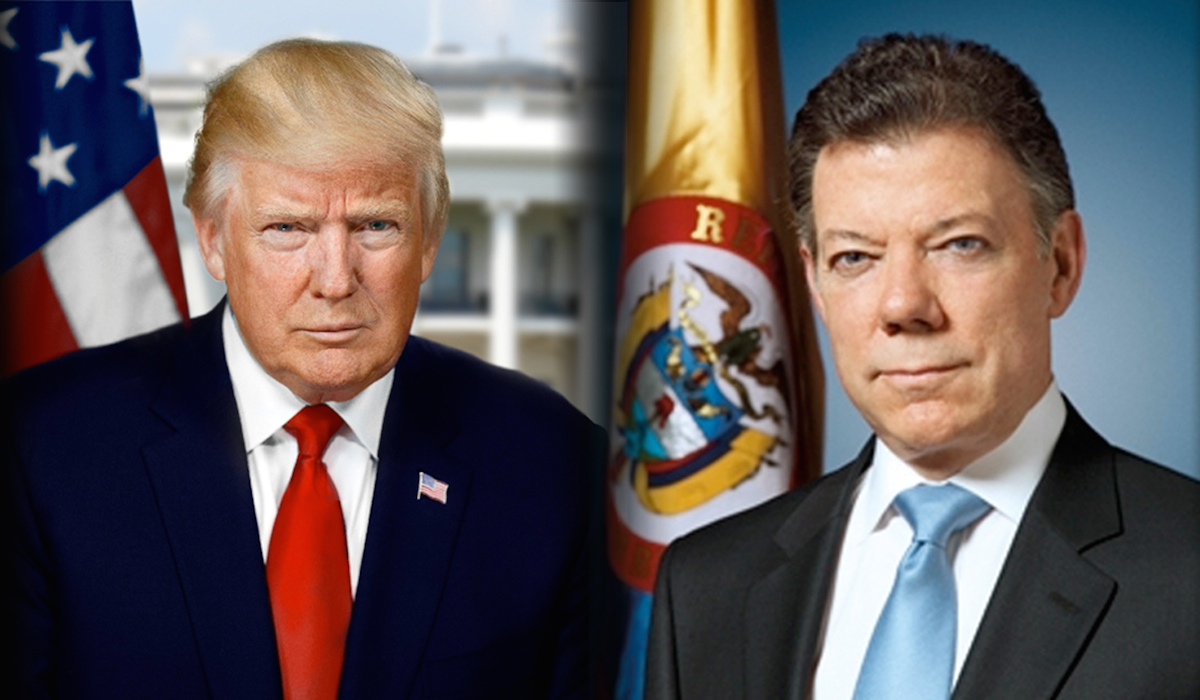 Late last week, U.S. President Donald Trump threatened extraordinary measures against Colombia, a step that has taken relations between the two countries to historic lows. The dispute is due to Colombia’s recent sharp increase in cocaine production and exportation, an increase attributed by many to the country’s 2016 Havana Accords and Santos’ refusal to aggressively combat coca plantations in the country.

Trump’s threat to decertify Colombia has shaken some in the country, many of whom have taken the country’s favorable relationship with the United States for granted. A decertification would be an enormous blow to the Colombian economy, damaging trade, affecting visas, and could potentially even include the extraordinary step of eliminating Santos’ own visa to visit the U.S.

Colombian President Juan Manuel Santos has chosen to remain defiant following the threats. He responded to the U.S. president by saying that the narcotics trade is the responsibility of both the nation exporting the drugs and the nation consuming them.

After his reply, Santos’ diplomatically thanked the U.S. Congress for their counter-narcotics efforts and for their economical support.

According to a report this year from the U.S. State Department, Colombia has seen a 42% increase in cocaine production and export between 2014 and 2015. In 2016, Colombia produced and exported more cocaine than any other prior year, since the foundation of the republic.

Santos, who has moved Colombia sharply to the left since taking office, ended the aerial spraying of chemicals on illicit crops in 2015, a program supported by the United States. The U.S. is projected to have spent more than $10 billion on the project in collaboration with Colombia, only to now see all of that money, and progress, slip away.

Perhaps even more worrying for the United States, Colombia seems poised to make an even sharper turn left next year with liberal politicians holding the three top spots in recent polling. Former M-19 terrorist and ex-convict Gustavo Petro is currently leading in the polls. Petro is a sharp critic of the United States and the country’s drug policy.