Retired police lieutenant and former Governor of Santander Hugo Aguilar made his name by bringing down the world’s most infamous drug lord, but now his name is back in the news in a much gloomier light.

The Colombian Prosecutor’s Office released a statement on social media Wednesday confirming Aguliar was arrested on charges of money laundering. Prosecutors accuse him of laundering billions of Colombian pesos of money obtained from the now-defunct paramilitary group known as the Central Bolívar Block.

Prosecutors said there is no “justification” for 2.5 billion Colombian pesos worth of assets in Aguilar’s name. The indictment added that his family members have seen abnormal bumps in incoming profits from unknown origins.

While investigating Aguilar, the statement reads, prosecutors found that “through his presumed network of businesses, some of which contained close family members and other people, may have attempted to legalize and hide resources obtained from relations with the demobilized Central Bolívar Block.”

The paramilitary subgroup of the United Self-Defense Forces of Colombia (AUC) voluntarily stepped down in 2006 as part of a treaty agreement with the Colombian government.

Prosecutors said they also arrested Aguilar’s ex-wife and a frontman as part of their investigation into the supposedly illicit funds. They added that they are freezing the assets for 33 properties in Aguilar’s name that are valued at more than 15 billion pesos, or roughly $5.2 million USD. Those pieces of suspended properties include four luxury vehicles, six offices, two parking lots, two houses, four apartments, and six empty lots, among others.

Aguliar governed the department of Santander from 2004 to 2007. Before that, he was in charge of the police unit that helped find and kill Pablo Escobar in Medellín in 1993. He wrote a book called “How I Killed Pablo Escobar,” which is on sale in various Latin American countries.

According to Colombian newspaper El Colombiano, Aguilar first caught the attention of authorities when he was in debt to the government for a fine worth 6 billion Colombian pesos and was found last year driving in a Porsche, which was one of the suspended luxury automobiles mentioned by prosecutors. 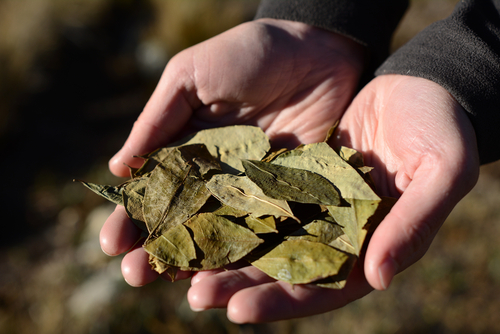 Colombia’s FARC rebrands as the party of peace