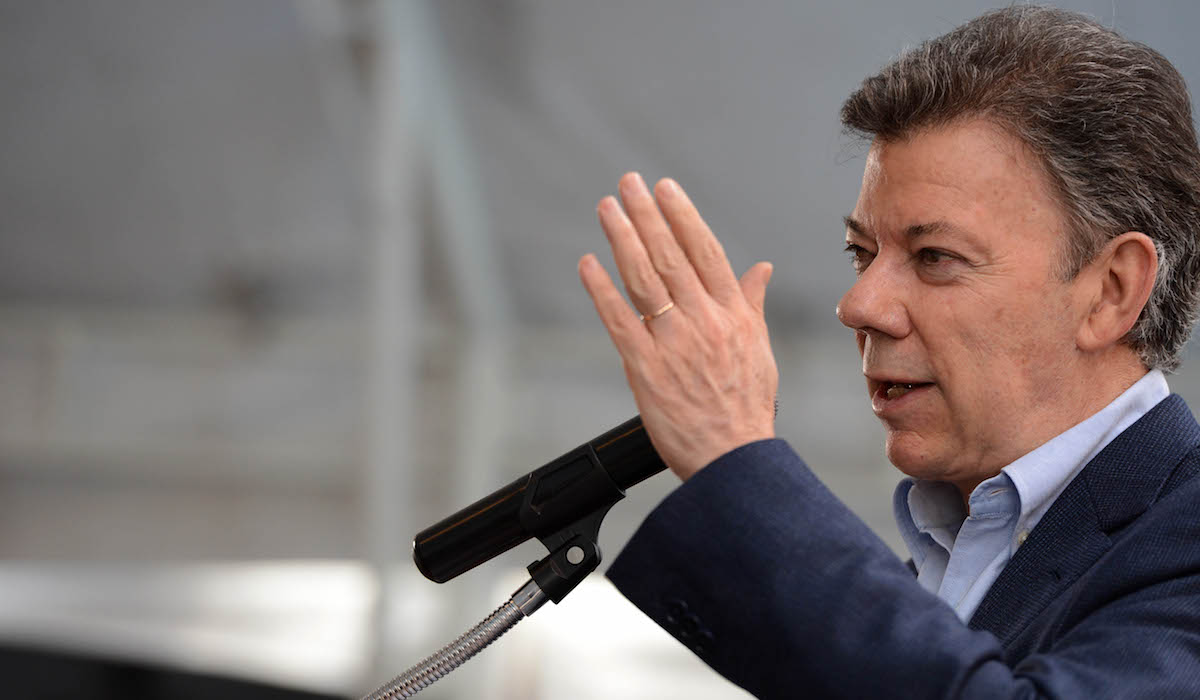 During an interview with El Espectador’s Juan Roberto Vargas, Colombian President Juan Manuel Santos said that he has not yet ruled out the possibility of severing diplomatic relations with Venezuela if the situation worsens. However following the interview, Santos clarified his remarks, adding that it was “a decision that must be made along with members of other governments.”

Santos indicated that he and Venezuelan President Nicolas Maduro have not spoken since March, when they discussed the incursions of Venezuelan military into Colombian territory. The president said that he appreciates very much Mr. Maduro’s participation as a mediator in peace negotiations with the FARC terrorist group, however he worries for democracy in Venezuela.

“To the extent that anti-democratic attitudes in Venezuela have become more profound, we have hardened our position.”

For their part, the opposition Centro Democrático party, founded by former Colombian President Álvaro Uribe, and their allies in the Polo Democrático party, jointly announced on Monday that they do not support breaking diplomatic relations with their neighbor.