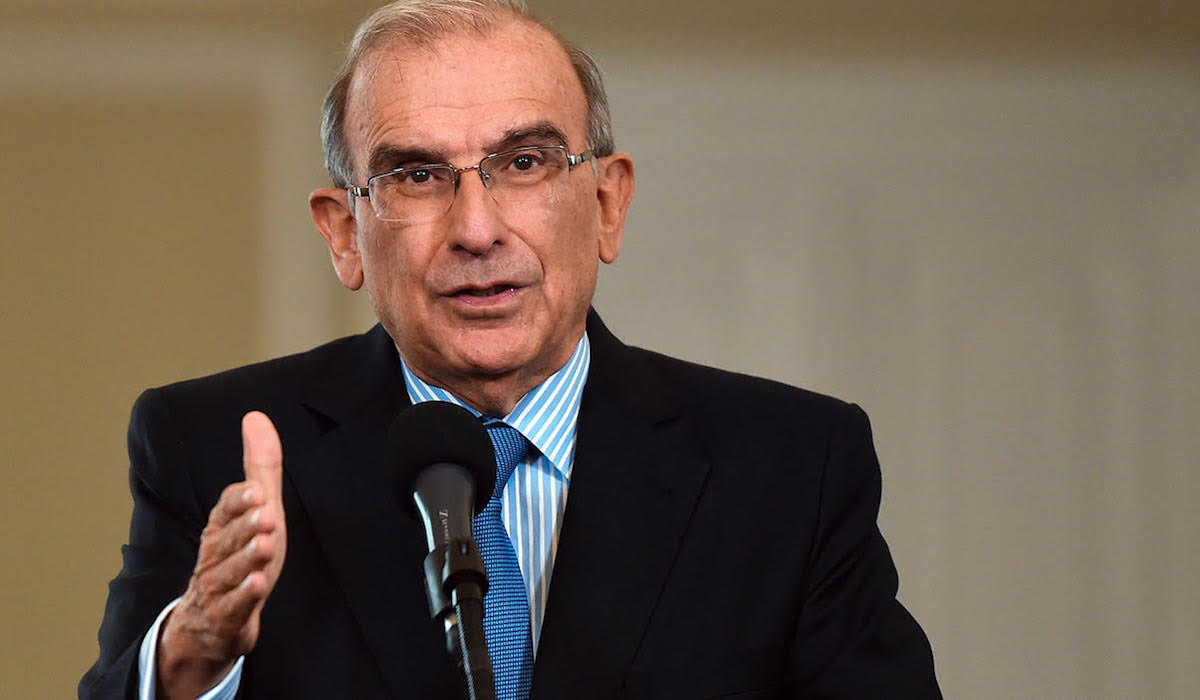 Humberto de la Calle announced his candidacy for president in Colombia’s 2018 Presidential Elections. Calle enters the race as perhaps the most seasoned candidate with vast experience on the political stage as Minister of Internal Affairs, Vice president of Colombia, chief negotiator in Havana of the FARC accords during Santos’ administration, and a participant in the 1991 National Constituent Assembly.

Calle announced that he will run as an Independent, and will attempt to gather enough signatures to get on the ballot. This runs contrary to conventional wisdom, which had him running under the Liberal party banner.  He was accompanied by his wife Rosalba Restrepo during the announcement.

“My duty is to offer my experience to build a society where we all belong,” he said. “I feel capable of guiding the country through dialog.”

In his comments, Calle referred to the FARC accords, explaining that eliminating them would “reopen old doors to violence and dishonor our word and promises”.  He maintained that the accords with the former terrorist group, including amnesty for convincted criminals, monthly salaries and training programs, offer security for Colombian citizens. He added that his campaign will focuse on erradicating a corrupt political system and that his campaign would represent a coalition where the voice of citizens is heard.

Calle did not directly refer to the infamous Odebrecht case, but he affirmed that unscrupulous companies and dishonest arrangements between the members of the Congress and the government should be eliminated, as well as authoritarianism and kleptocracy.

Though running as an independent, Calle emphasized the necessity of an alliance with the liberal party, but said that he would reach out to other political candidates as well on the left that have supported the Havana Peace Accords, including the Party of the U.