Being a woman in Bogotá is not anywhere near as safe as it should be.

A new expert survey from Plan International says that the Colombian capital is the worst city in the world when it comes to sexual harassment against girls and young women.

Of those experts in fields like women’s issues and child rights who were polled, 100 percent agreed that Bogotá presents a high or extremely high risk of sexual harassment.

Plan International is an NGO that sets out to advance the rights of women and children across the globe.

In terms of methodology, researchers from Plan International wrote that they conducted an exhaustive study to try and find the most dangerous cities for women.

“Plan International surveyed almost 400 experts in 22 cities across 6 continents,” This survey is the first of its kind to examine the safety risks facing girls and young women on such a large scale, highlighting the universality of the dangers girls face in cities across different societies and cultures. 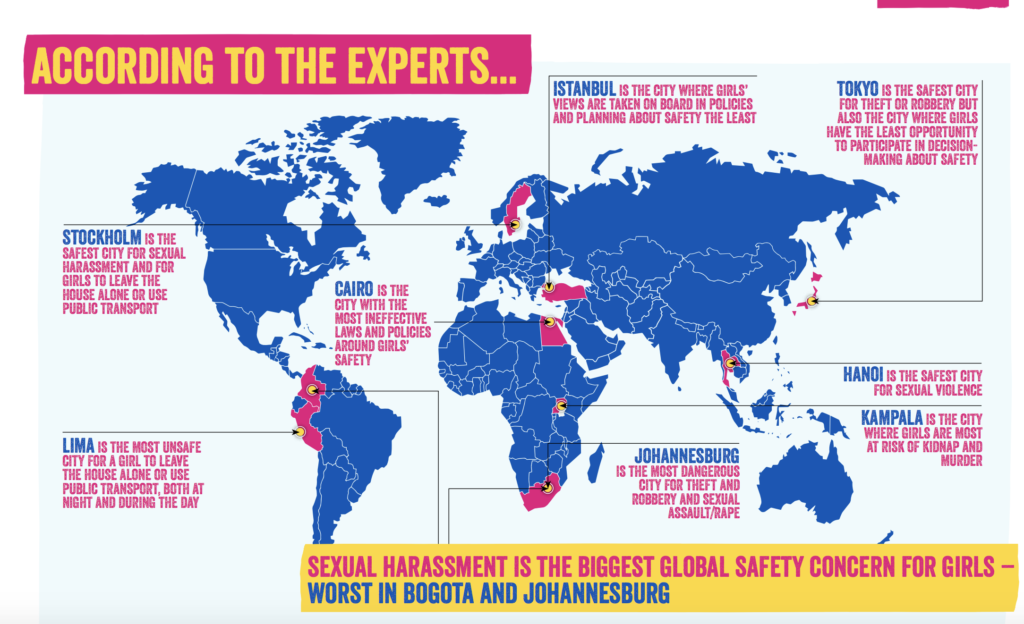 One of the experts polled said that improving Bogotá’s toxic atmosphere against women is a tall task because it requires a total reform of culture.

“It is very important to change gender norms, especially those that make men believe that they own public spaces and women’s bodies,” said the anonymous respondent. “This would help women feel women more secure.”

The only other Latin American cities to register in the bottom 10 of the polling were Lima and Sao Paulo.

Bogotá was also noted for how high the risk is of a young woman or girl of being robbed or of being the victim of an acid attack.

Plan International representatives and experts polled said they hope the survey raises more awareness about the daily dangers faced by women in cities around the world. One expert in Toronto noted that hopefully, this will serve as a reminder why more women should have positions in public and safety planning in their cities.

Colombians have recently been following the news that actress Eileen Moreno accused her boyfriend of domestic violence. A social media campaign #NiUnaMenos has taken off in the country as women come out with their own stories from being the victims of abuse or harassment.