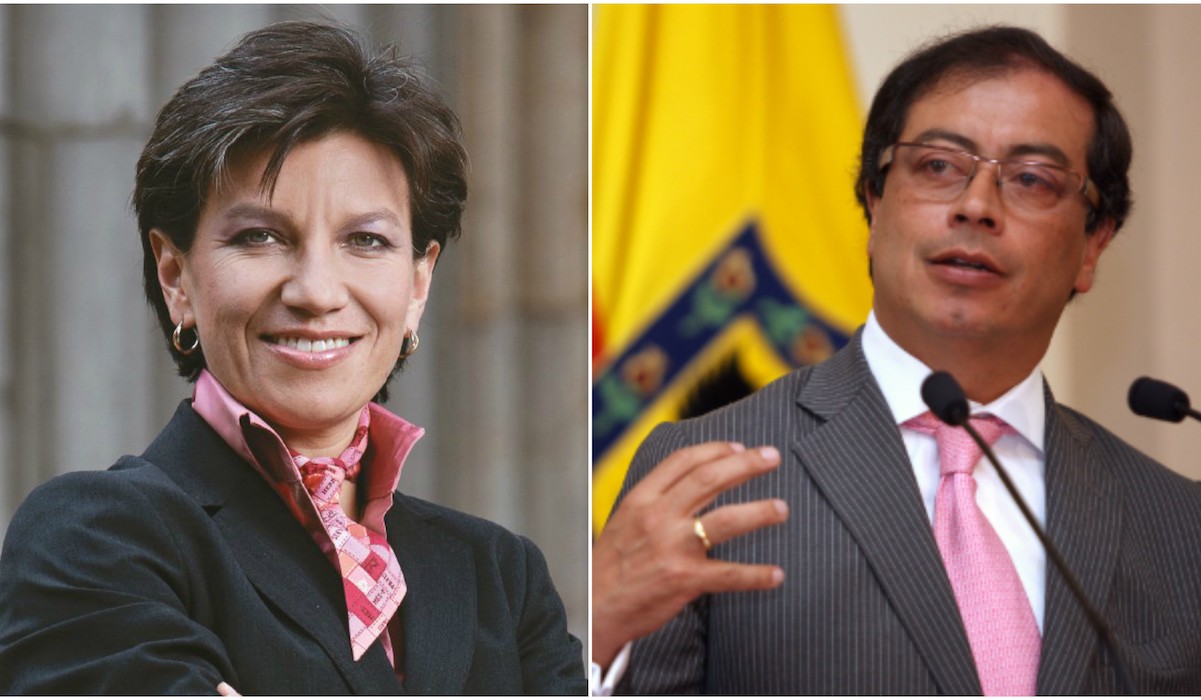 Claudia López started the discussion on social media by sharing an article on Twitter from La Silla Vacía titled, “Petro and his defense for Maduro’s Constituent Assembly“.

“Let the differences become clear. Some of us condemn Maduro’s dictatorship in Venezuela, while others defend it. Impossible to agree”, the presidential candidate declared on Twitter.

Petro then told López not to resort to deceitful interpretations of his words by the media, but to use his own words. He also referenced an image from “La W” which said, “neither with the opposition nor with the government”, alluding to his expressed position, and further alleging the right of autonomy of every country. To this, Miss López posted “Blah, blah, blah, mere verbosity not to condemn and to ingratiate himself with a dictatorship supported by leftist and old revolutionary ideas“.

Mr. Petro replied again that by saying “Blah, Blah, Blah” she didn’t answer to his position, but rather “ended the debate without any arguments“. He then sent his “advice” for López, posting a quote of Martin Luther King which said that “popular opinion” wasn’t always the best, and that “unpopular and unsafe decisions” sometimes were the best for people.

Claudia López led Colombia Focus’ most recent 2018 presidential poll, and has gained popularity for her tough stand against political corruption.

“We have to save Colombia” – an interview with Carlos Holmes Trujillo