It is said that Colombia is the best destination for foreigners who seek to learn Spanish. This is particularly true in Medellin, where “paisas”, as locals are called, speak with a clear and long pronunciation.

However if you spend any significant time in Medellin, you will also find that paisas use quite a bit of slang. This could easily be a top 100 list, but in order to keep things concise, below is our list of the top 10 paisa slang words for your next trip to Medellin.

In Spanish, “qué hubo” literally means “what is there?”, but paisas run the two words together and use it as a greeting to mean something to the effect of “what’s happening?”. It’s an informal yet ubiquitous saying that is used mostly among friends.

A “parche” is literally a patch, but paisas also use the word to refer to a place. A common expression among paisas might be, “que parche tan bacano!” (what a cool place!). It can also be used as a verb, meaning to pass time, like “estoy parchando con mis parceros” (I am hanging out with my buddies)

“Vieja” and “Viejo” literally mean old for the female and male genders, respectively. However in paisa slang, these terms are used in two different ways. “Vieja” is used to refer to young girls in place of “chica”, like “Esta vieja quiere estar con usted” (that chick wants to be with you).

“Viejo”, on the other hand, is used as a term of endearment among male friends. An example might be, “hola viejo, qué más?” (hey pal, what’s up?)

This often used phrase is considered profane, so don’t use it with your girlfriend’s family. The word “chimba” literally means a woman’s vagina, and the phrase in paisa slang refers to something good. An example might be, “Parce, Medellín es una chimba!” (Buddy, Medellin is awesome!)

The word can also refer to a beautiful woman, in this form: “Voy a salir y buscar algunas chimbitas!” (I am going out to look for some hotties).

As you can imagine, if “chimba” refers to a vagina, then “chimbo” refers to a penis. However it is not used in the same way, and instead is used for its literal meaning.

Coming in at #6 in the list are two words, “berraco” and “montañero”.

The term “berraco” is used to either mean something that is strong, or problematic, depending upon the context. Two re

A “montañero” is literally someone from the mountains, but it is used in the same way that Americans use the term “redneck”. If you call someone a “montañero”, it is most certainly an insult. However “montañeros” frequently use the word to describe each other, in which case it is a term of endearment.

Used together, the phrase “Berracos esos montañeros!” would mean “Those rednecks are strong!”

The phrase “Echando Los Perros” literally to “throw the dogs” or “get the dogs”, and it is used to indicate that someone is hitting on someone else in a flirtatious way. If you are dating in Medellin, you will hear the term often if your partner is the jealous type.

An example of the phrase might be, “Salí de la casa y algunos hombres en la calle estaban echando los perros!” (I left the house and some guys on the street were hitting on me!)

Paisas use the verb “farrear” as “to party”. The verb “rumbear” is also often used, though “farrear” is more paisa. The word “farra” literally means “spree” in Spanish, so when you hear “vamos de farra” they are literally saying “let’s go on a spree”, though a more correct translation is “let’s party”.

A use of the infinitive version of the verb would be “Nos vamos a farrear esta noche?” (are we going to party tonight?).

The word “guayabo” means “hangover” in Spanish. This word is used throughout Colombia, not just Medellin, and in other select parts of Latin America as well. Literally it refers to the guava tree, a common fruit in Colombia, and likely was coined from the urban legend that guava fruit helps with hangovers.

The word can also be used as a verb, “enguayabar”, such as “estoy tan enguayabado!” (I am so hung over!)

Paisas almost never refer to money as “dinero” in casual conversation, but rather as “plata” (silver). You could ask your friend, for example, “amigo, vos tenés plata?” (friend, do you have any money?). Note the use of “vos”; in Medellin, “vos” is often used in place of “tu” to refer to “you” informally.

The word “platica” (little silver) can also be used when it is coins or less than 5000 pesos. For example, if a beggar on the street asksyou for money, you can respond “no amigo, no tengo platica” (no friend, I don’t have any change).

The word “lucas” also refers to money, and it is even more slang than “plata”. While “plata” is used by just about everyone, “lucas” is a hip, urban form of referring to money. One luca is 1000 pesos, otherwise it can be used in the exact same way as “plata” and “platica”, for example “me das 5 lucas por favor?” (give me 5000 pesos please) or “Me prestas 2 lucitas corazón?” (can you lend me 2000 pesos sweetheart?)

Number 1 on our list should come as no surprise. “Parcero”, or “parce” for short, has become synonymous with the people of Medellin. While the term once had negative connotations, it’s now used commonly to refer to friends.

With that, we come to the end of our list. Hasta pronto, parceros! 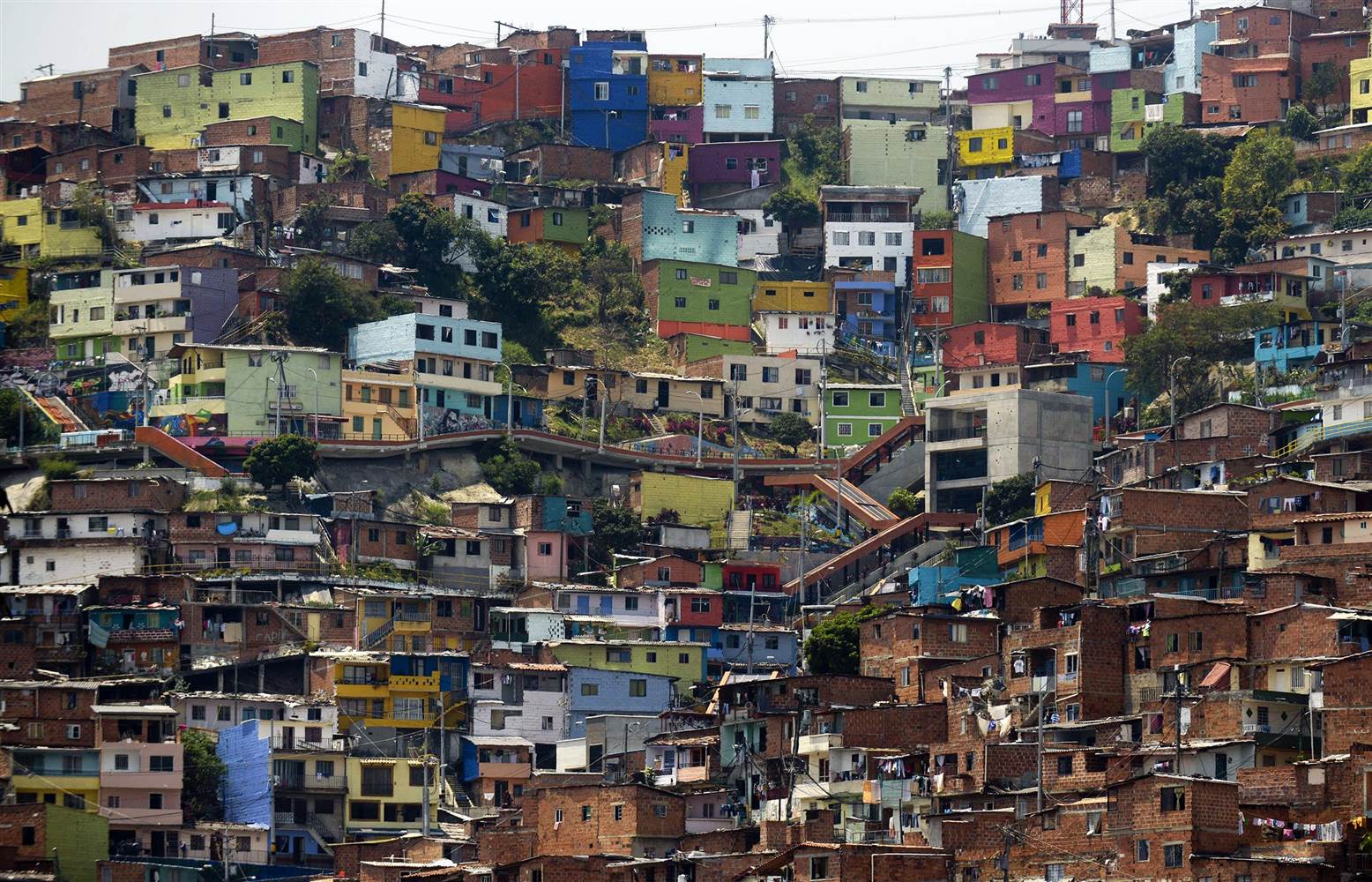