Maluma ignites the Comuna 13 with a surprise visit 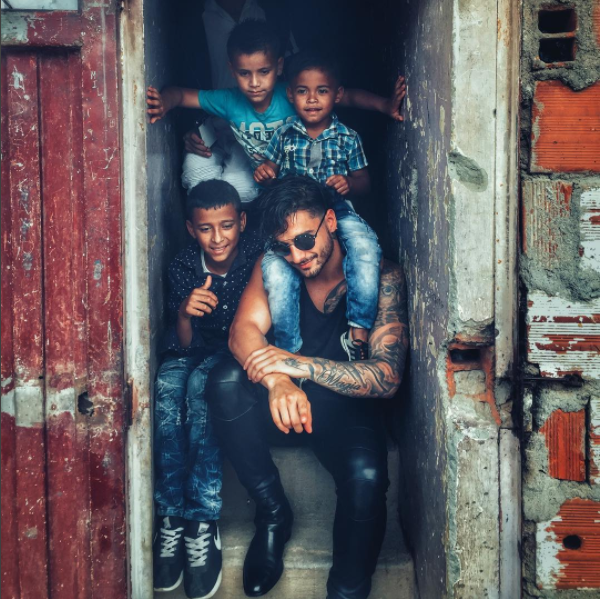 This past evening, reggaeton sensation Maluma paid a surprise visit to the inhabitants of Medellin’s “Comuna 13” district in the city’s San Javier neighborhood.

The Colombian singer ascended the electric stairs in the Las Independiencias sector and greeted fans and toured the neighborhood. Fans were emotional, screaming and trying to get his attention as he passed through.

Later on his private Instagram account, Maluma wrote: “Y tú felicidad… De que depende?” or, “And your happiness… what does it depend on?”

Commune 13, or Comuna 13 as it is called in Spanish, is one of Medellin’s most notorious and dangerous neighborhoods. It became infamous over the last several decades as a lawless neighborhood with frequent battles between local gangs over territory defined by so-called invisible barriers.

However the neighborhood has another side, that of a hip hop counterculture that has worked to pull the local population out of the cycle of violence and inspire them through art and music. The city is home to some of Medellin’s best innovations, including an outdoor electric staircase and a metro cable system to transport residents to the center of the city.